Use case of Hard Disk Sentinel in 2022

As an IT consultant for small businesses, I was looking for a hard disk monitoring tool in 2019 when I started to migrate all my customers from older HDD based desktops and servers to new SSD based hardware. Because I used RAID1 / RAID5 on all the Dell desktops / servers for 20+ years, I never worried about failed hard drives on desktops - the Intel utility was good enough.

With the deployment of SSD, and their limited lifetime writes technology, and with no longer using RAID1 in the new Dell desktops, I decided to seek a monitoring software for SSDs.

After trying a couple of solutions, I decided to go with Hard Disk Sentinel as it seemed to offer the most capabilities and most detailed technical data compared with the rest of the sofware in this area.

So, I literally purchased so far 100+ and counting HDS licenses for my clients. The software has alerted me already on several regular portable HDDs going bad, but it has literally saved me from a major disaster when it detected three internal SSD drives, all in a RAID5 configuration on a 2 years old Dell PowerEdge T340 server.

At first, Drive 2 went bad, so I had to call Dell support and get a replacement for it. Then, Drive 0 went the same route, going bad and had it replaced. Now, Drive 1 is slowly but surely going the same route and will need to be replaced - see attached screenshots from the server. 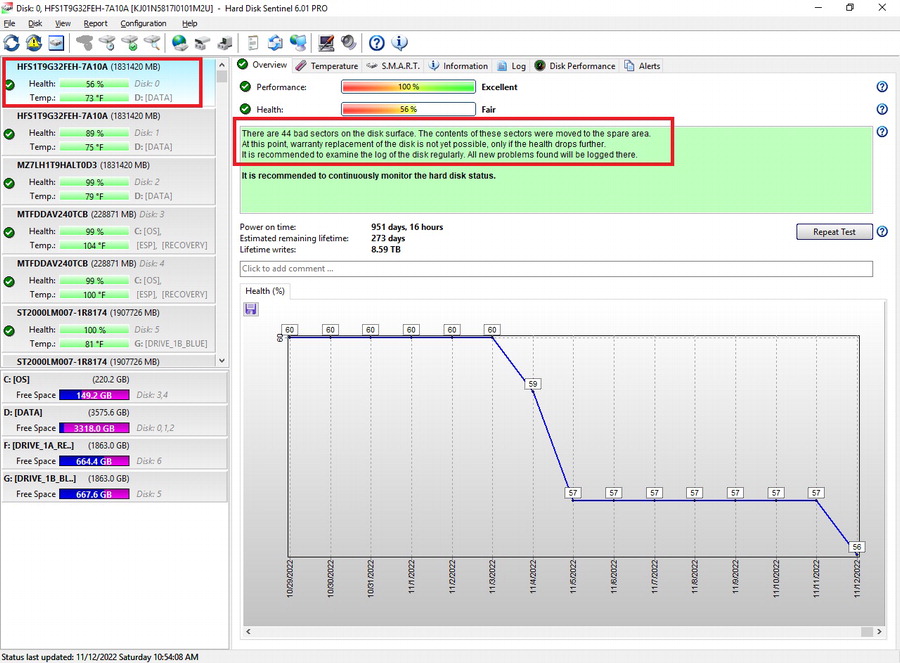 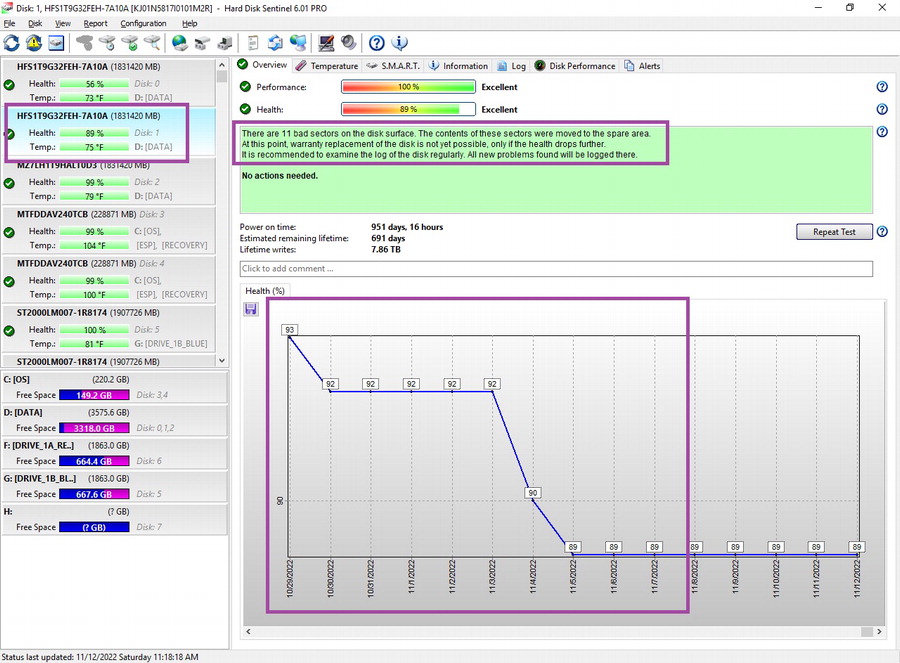 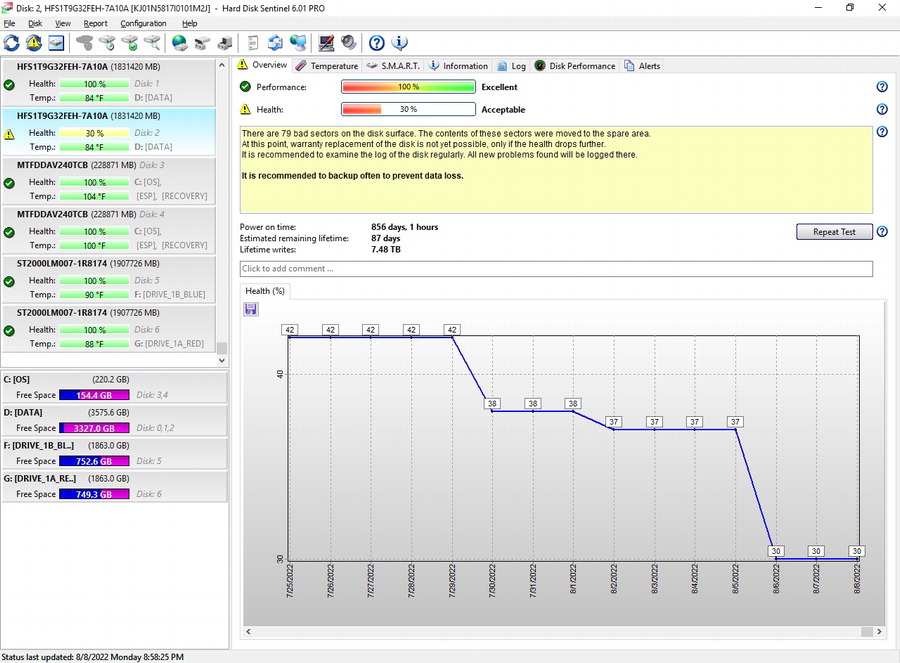 None of the other similar PowerEdge T340 servers deployed over the last three years for my customers had any SSD problems whatsoever. It turns out that this particular server had the bad luck to be equipped with a batch of bad hard drives, from the same manufacturer.

If it wasn't for Hard Disk Sentinel, to send me email & text message alerts when the first disk reached the threshold of 50% health, this could have been a disaster in the making.

Aside of these critical alerts, the software is providing a great insight on the wear and tear of the SSD. Since the initial deployment to each customer, I keep track twice a year of the Lifetime write and the Health percentage, just to be able to gauge the estimated life of each SSD. While most of 100+ SSDs monitored so far by HDS show health percentages in the 94% to 97% after 2-3 years of regular usage, a few of very heavily used SSDs (PCs) at some of my customers are showing health percentage in the 70s% and 80s%, with Lifetime writes in the 15TB to 25TB after just 3 years of intensive usage.

This proactive monitoring will allow me to work with the respective clients in seeking a replacement solution for the respective SSDs/systems way ahead of the rest of the equipment installed in their office.

A couple of words about the Janos - the developer who is behind Hard Disk Sentinel. Over the last 3 years, I have run into a few situations with various new SSD disk models where the computation results for health or lifetime writes needed to be adjusted to correctly reflect the new model specs. Each time I've sent Janos reports from HDS about the technical parameters, he was very quick in responding, AND, very fast in sending me an improved beta version of HDS, which included the updated computational algorithms for the new SSD disks.

His fast response and immediate support for any issues are outstanding, and give you the assurance that you are using a product which is continously improved. So, a big THANK YOU to Janos for giving us a great tool.

Finally, I can't emphasize enough the importance of having a great tool for monitoring your hard drives, and Hard Disk Sentinel is by far the best tool on the market. I can't even think for a second not purchasing a new HDS license for each of the new systems which I am deploying for my clients.